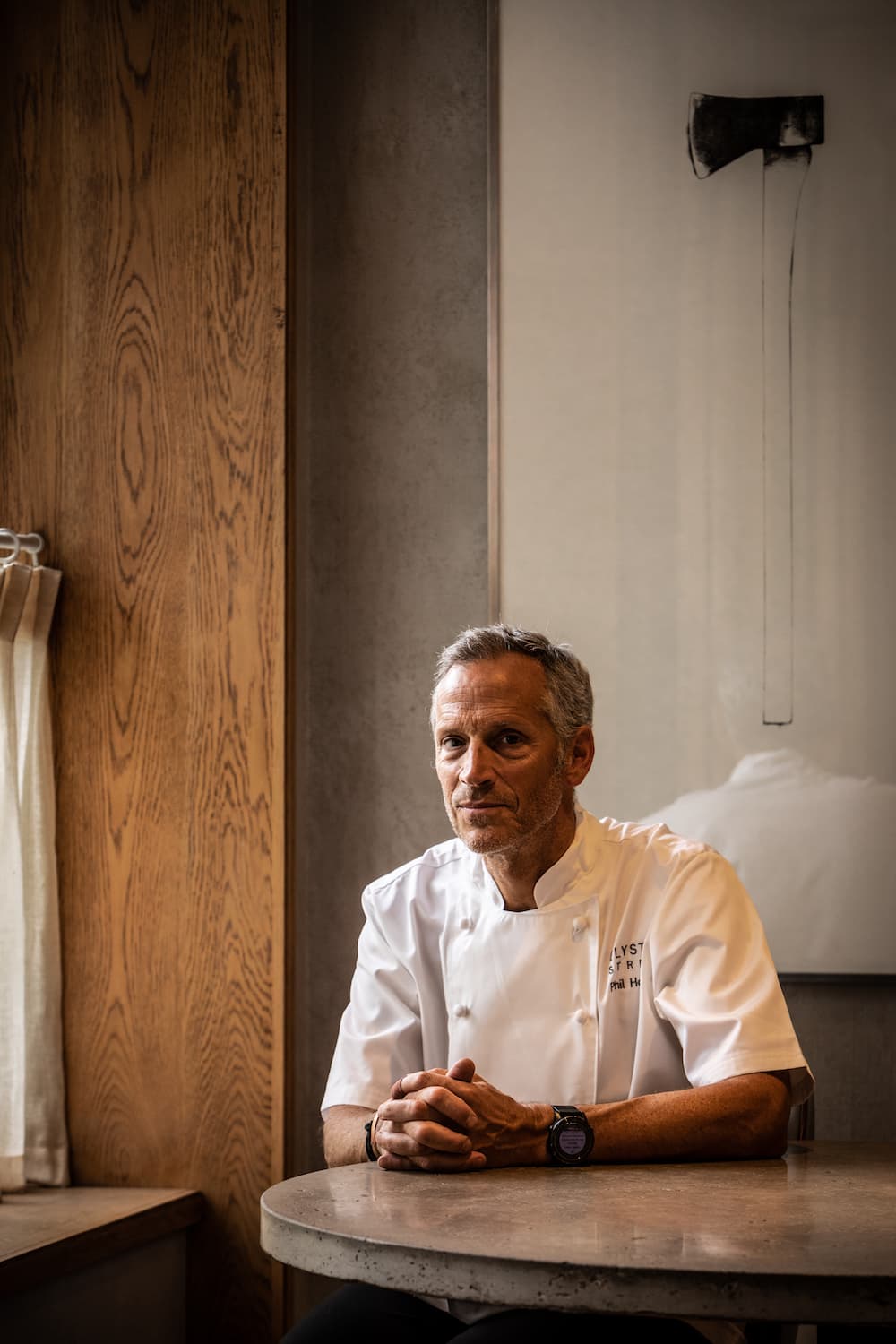 As we near the one year anniversary of opening the Homestead Kitchen, join us for a special evening with guest chef Phil Howard. We are all really excited to be bringing something a little different to the table, with a 5 course set menu written by Phil, with a few little extras from the Homestead Kitchen.

So what brings an award winning chef like Phil all the way up from London to the North York Moors? The story begins in 2008 when ‘the two Pete’s’ (Neville and Hall) who met at The Star Inn in Harome, both left for London. While Pete Neville went to work at Hibiscus restaurant under the watchful eye of Claude Bosi, Hall found his next role at The Square, a 2 Michelin star restaurant owned by Phil Howard. After 4 years working together, Hall left for San Francisco and a stint at 3 star Benu, before returning to London to open his own place. This is when Hall and Howard’s paths met once again, when Phil invested in new restaurant Lorne, where Pete was chef patron.

The two Pete’s remained close friends, and when plans were coming together for the Homestead Kitchen, it was time for them to be reunited once again. It’s been a fantastic first year here in Goathland, and we look forward to welcoming you to help us mark the occasion.

Please note that due to this being a set menu, we are unable to accommodate any specific dietary requirements. Tickets are £85.00 per person.

A quiet culinary professional, an absolute chef’s chef and highly respected culinary figure, Philip Howard is the chef/co-owner of Elystan Street in London SW3. Elystan Street opened in September 2016 to huge critical acclaim and has amassed many awards since. Prior to that he was the chef and co owner of The Square from its opening in 1991 to its sale in March 2016.

Phil’s distinctive modern French food has enjoyed great critical acclaim and huge consumer success. Its reputation has been forged through the delivery of pleasure through harmony of flavour rather than technical wizardry or innovation. A first Michelin Star was awarded to The Square in 1994 and a second followed four years later in 1998. Both Phil and The Square won a vast array of other awards over the years including Chef’s Chef of The Year and Restaurant of The Year in many guides and publications. More recently Elystan Street has similarly been awarded restaurant of the year and in 2022 Phil was awarded the Michelin Mentor Chef Award – in recognition of his leadership skills and style and his contribution to the industry through the development of an endless stream of chefs who have gone on to achieve great things themselves.

Phil is an active member of The Royal Academy of Culinary Arts and sits on both the management and the sustainability committees. He has played a significant role in the progression and development of two culinary competitions; Young Chef Young Waiter and National Chef of the Year.

He is a patron of Ace Africa – a highly effective charity based in East Africa – focussed on establishing sustainability in desperately poor and HIV ravaged communities.

Shoulder of Iberico pork with damson ketchup and glazed endive

Sauternes baba with an orange cream